The Best EFT Apps for Anxiety, Migraines, and More

The Emotional Freedom Technique, also known as EFT Tapping, is a very simple and effective therapeutic technique that helps people who suffer from mental and physical illnesses—such as anxiety, depression, obesity, and post-traumatic stress disorder. (1)

You can learn EFT by yourself or be guided by a professional EFT practitioner. (2)

However, because anxiety, depression, and even crippling migraines strike anytime and anywhere, it helps to have an app on hand on your mobile phone. Unlike apps in other niches, there aren’t too many high quality EFT apps for mobile phone. We’ve listed the best for you so you don’t end up downloading a less-than-satisfactory app.

We’ve made our selection based on how useful an app is and how easy it is to use. 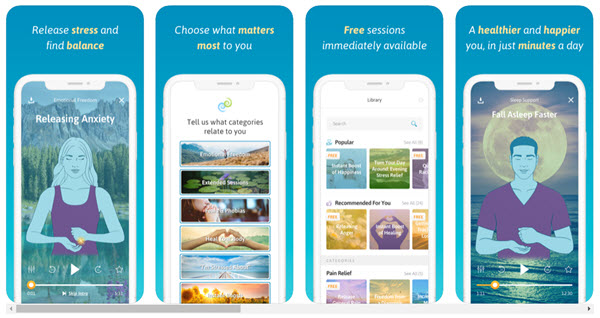 It has over 2.5 million users and is arguably the best of everything we’ve tried out.

The highlight of this app are the Tapping Q&A Podcast episodes. There are more than 200 hours of content and more than 400 episodes. Gene Monterastelli, the creator and podcaster of Tapping Q&A App, has been uploading podcasts on this app for 11 years.

You can access several episodes and bookmark the ones that you enjoy the most.

Tap with Brad app offers hundreds of short guided videos that will help you master the technique—you’ll find the answers to all your queries in this app.

Brad Yates has one of the biggest Emotional Freedom Technique-centered YouTube channels, and millions around the globe view him. 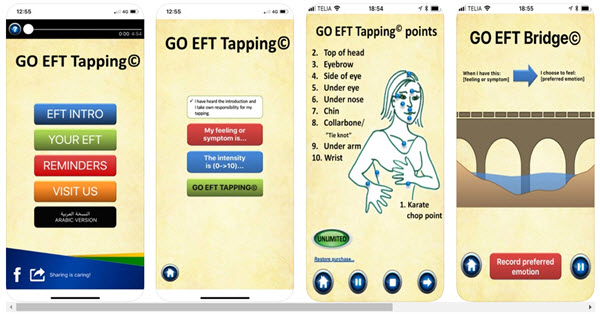 This EFT app promises a fully customized EFT session that will be based on your own issue and will use the words that you have entered to describe the issue. This will help you get a personalized user experience that is guided by an advanced EFT practitioner.

It will give you access to EFT sessions within the palm of your hand.

What Is EFT Tapping? 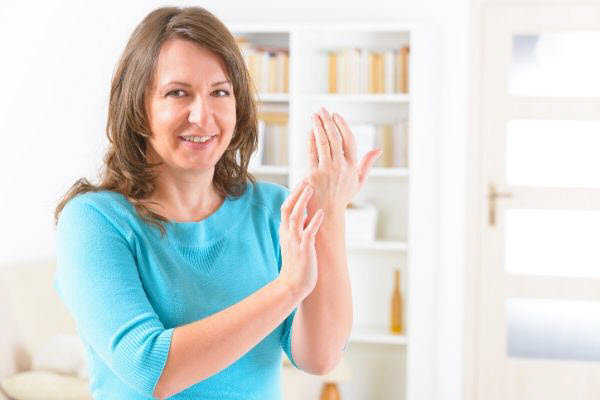 EFT Tapping is an alternative to acupuncture; it targets the body’s energy balance, also known as the meridian points. (3)

It’s based on Chinese medicine—in which it’s believed that restoring the body’s energy balance can help alleviate pain and overcome negative experiences and emotions.

The meridian system is the network that distributes a fundamental substance called Qi (pronounced Chee). It looks like a giant spider web that links all body parts together.

These meridian points constitute the pathways in which vital energy flows to supply each body part with the necessary energy.

Consequently, they help the body to have a balanced energy flow. Any energy disruption can cause diseases, pain, and negative emotions.

Researchers have begun investigating this technique only recently—but it has been scientifically proven that it can help with:

Not only does it help with psychological conditions but also with physical pain:

The EFT technique became prominent in 1995 when developer Gary Craig created a website that exhibits information about the Emotional Freedom Technique and its numerous health benefits. (8)

How Does EFT Tapping Work? 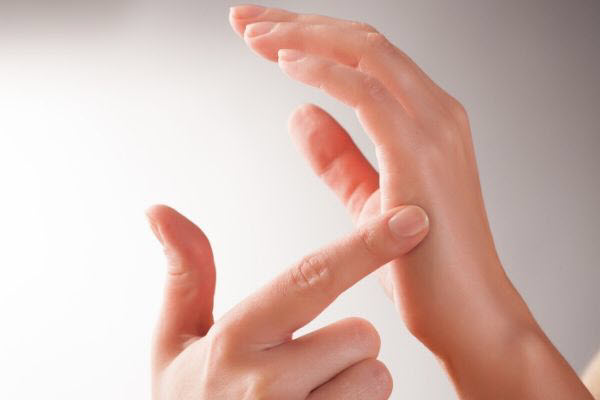 EFT Tapping technique—also known as psychological acupressure—combines the cognitive therapy approach with gentle knocking with the fingertips on the meridian points, also called “acupoints.” This technique will stimulate the energy points in body parts and remove any energy blockages.

This practice is a revolutionary remedy since it doesn’t rely on needles—unlike acupuncture—and it can be performed anywhere anytime.

It can easily be mastered and self-taught, and the numerous available apps make it more accessible and open to the public.

The EFT Tapping technique is divided into five single steps. The sequence of the steps can be repeated if you still feel pain or negative emotion.

If it doesn’t work straight away, don’t be discouraged. Some types of persistent physical pain and deep-rooted distress require more time and patience.

In this step, you should discern the issue that you would like to work on. Each session should focus on a single concern instead of many—this will give better results.

After identifying the problem, you should give it an intensity rate that ranges from one to ten, with ten being the most the worst physical pain/negative emotion.

If you have several issues, you will need a benchmark that classifies the intensity based on the discomfort and pain level. This benchmark will also help you assess the results after completing the EFT session.

For example, if your starting intensity rate is ten, and it dropped to five after the sequence, then you would have achieved a 50 percent improvement.

Before starting to tap, you need first to acknowledge the issue and remind yourself of your self-acceptance despite having this particular issue.

Here is an example of what setup phrases should be like:
“Despite having this particular (condition or negative), I accept myself genuinely and intensely.”

You can alter the phrase to fit your particular problem but ensure that it only involves your issues and emotions.

After finishing the session, rate the pain or distress intensity level again on a scale from zero to ten. Proceed by comparing the result with the initial rate. If you still haven’t reached zero, then repeat the sequence from the beginning.

If you believe the steps are complicated and hard to remember, then you should consider one of the Tapping solution apps that will assist you with the session.

This technique is composed of a sequence of five distinctive steps: identifying the issue, testing the initial intensity, the setup, EFT Tapping sequence, and testing the final intensity.

If you would like to learn about the Emotional Freedom Technique and you want to practice it from the comfort of your home, we suggest downloading one of the following mobile apps: Tapping Solution Meditations app, Tap with Brad app, Go EFT Tapping app and Tapping Q & A app.

While practitioners swear by this technique, researchers are still examining its health benefits and effectiveness. If the symptoms of your condition are still persistent, we would recommend seeking traditional medical treatment.