by Mary Lou | Last Updated: March 4, 2020 When you buy something using the links on our posts, we may earn a small commission at no additional cost to you. Learn more.

Are you one of millions of people around the world suffering from anxiety, pain, or trauma? Going to your doctor and taking the latest prescribed medication is probably not the answer you’re looking for. Choosing to visit a psychologist is another common solution that doesn’t always work.

An increasing number of people are looking to alternative treatments to cure their ills and help them regain control of their lives.

Also known as the Emotional Freedom Technique, tapping is a way of providing relief from anxiety, addictions, physical diseases, chronic pain, phobias, and post-traumatic stress disorder. It requires no special equipment, and you can practice it in your own home.

What Is Tapping for Anxiety?

Tapping is an alternative treatment used for people suffering from emotional distress and physical pain. Advocates of this technique use several names, including psychological acupressure and emotional freedom technique, or EFT.

Gary Craig developed the technique, and Thought Field Therapy (TFT) is the group of energy healing techniques it’s based on. Gary learned these techniques from psychologist Dr. Roger Callahan. He condensed what he learned into a process that was much simpler so that anyone could use it to become emotionally free. (1)

What is the benefit of being emotionally free, you may ask? You’re able to release emotional energy that’s holding you back, and live life to the fullest. (2) 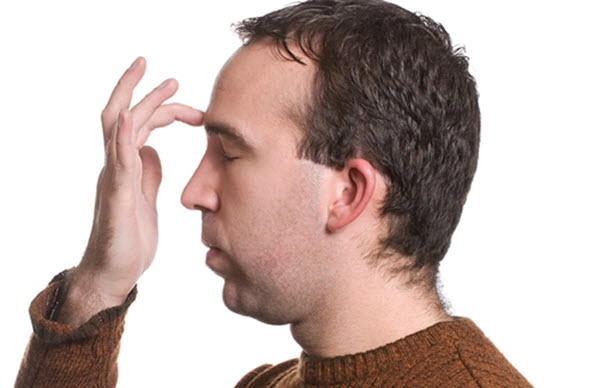 Proponents of the tapping for anxiety technique believe it creates a balance in your energy system and treats pain. You need to find balance because it’s believed that energy disruption is the underlying cause of all pain and negative emotions.

There’s a lot of research taking place into the effectiveness of tapping for anxiety. Early indicates are positive (see our science bit below) and it’s currently being used to treat people suffering from post-traumatic stress disorder, among other things. (3)

The Emotional Freedom Technique involves tapping specific points on the body in a certain order. These points are mostly on the head and face. While a person is tapping these points, they also have to focus on the issue they want to treat.

EFT can be helpful for people suffering with: 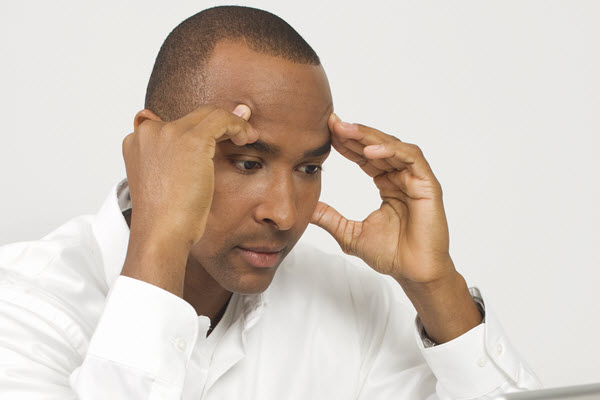 How Does EFT Work?

Tapping for anxiety works in a similar way to acupressure and acupuncture. It uses the concept of the body’s energy meridian points, which are commonly used in Chinese medicine. These meridian points were recognized more than 5,000 years ago, and it’s believed these points are areas that energy flows through. (4)

If there’s a block in the flow of energy, it results in ill health. You can restore your energy balance by using EFT and tapping on the meridian points with the fingertips.

Mindfulness works in a similar way to EFT because it tunes you in to the present moment, lets you focus on the issue that’s plaguing you, and helps you accept whatever you are feeling or thinking without judgment.

What Are Meridian Points?

Meridian, or Jing Luo in Chinese, is a term used for a collection of pressure points that form the energy highway in the human body. Through this highway runs your Qi (chi). The meridians access all parts of the body and flow within rather than on the surface. (5)

Meridians exist in parallel pairs, and along each location are many acupuncture or meridian points. There are 12 principal meridians, each connected to a system or organ of the body.

Many ancient cultures have believed in these energy pathways and that you can fix imbalances by adjusting the amount of energy flowing through the pipelines.

The ancient Siamese culture called them “sen” lines. Ancient yogis who established Ayurvedic medicine referred to these pathways as “nadis.” (6)

How to Do Tapping for Anxiety—EFT Steps

Tapping for anxiety requires you to tap on nine specific acupressure points on your body while reciting specific phrases. It’s something you can do with the help of a practitioner, or you can do it yourself at home. There are five steps to follow.

For EFT tapping to be a success, you first have to identify the issue or fear you have. There’s little point in being general; you have to be specific. If anxiety is the issue, determine what’s making you anxious. For example:

If you’re able to focus on one specific issue at a time, EFT tapping is likely to have more success. It’s also an important step if you want to reduce pain or depression.

2. Test the Intensity of the Issue

The next step is to set a benchmark against which you can compare following the tapping process. How you number the problem area is a personal thing. Rate it on a scale of 0 to 10, with 10 being the most difficult or the worst and 0 being no problem.

Use this scale to assess the physical or emotional pain you’re experiencing and how much discomfort you feel. The aim is to measure the success of the treatment.

3. Decide on a Suitable Phrase

Tapping your meridian points is not the only part of this treatment. You also need a setup phrase and a reminder phrase to use while tapping. One of the most common setup phrases is:

“Although I have this (problem or fear), I deeply and completely accept myself.”

It’s up to you whether you use this phrase or one of your own. The important thing is for the phrase to focus on recognizing the issue and accept yourself for who you are.

The EFT tapping sequence is simple. All you have to remember are the nine meridian points. According to Chinese medicine, there are more, but you only need to focus on these nine for the treatment to be a success.

The nine tapping points for anxiety and other issues are:

Some of the meridian points have a “twin point” which means you can tap both sides if you’ve got two hands free. These points are:

Tapping both sides is not essential, but it might be beneficial for you. You can also swap sides if you want to.

How you tap is not as important as where you tap—you can use all four fingers or just two. Tap with firm but gentle pressure, much the same as drumming on the side of a table. The sound you make when tapping should be mellow and round. Don’t tap with your fingernails; use your fingertips.

You start each round of tapping with the setup. Repeat your chosen setup phrase continuously while tapping the karate chop point. This focuses your body on the issue you’re trying to address.

You then tap each of the points seven times in sequence, starting with the top of the head. While tapping, repeat a reminder phrase that helps to keep you tuned into the issue.

5. Test the Intensity After You Complete the Sequence

When you’ve completed the tapping sequence two or three times, you rate the intensity level once more, again on a scale of 0 to 10. You should experience a reduction in intensity. Repeat the sequence until the intensity has reached 0.

How to Find the Right Tapping Phrases for Anxiety

EFT works best on specific problems. Therefore, your tapping phrase should be specific. You could say, “Even though I have this sore ankle, I deeply and completely accept myself.” However, you’d be better off saying “this piercing pain on my inner ankle bone…”

A good way to look at choosing the right words is to imagine you’re talking to your friend about the problem. It might be a little wordy, but there’s nothing wrong with that.

During the tapping sequence, you can shorten the phrase to use as a reminder. The aim of the reminder phrase is to keep your brain focused rather than allowing it to jump to other thoughts and feelings. It brings the problem vividly to the forefront of your mind.

The Science Behind Tapping for Anxiety

There are people that consider EFT and tapping for anxiety to be nonsense. All that aside, some studies have been undertaken to assess the effectiveness of EFT, in particular for PTSD and anxiety.

In 2016, the Journal of Nervous and Mental Disease published a review. The review looked at the reports from 14 studies into how people used tapping for anxiety. The author of the review recommended that further studies comparing EFT with other treatments were necessary. (7)

In 2017, a study looked into the effects of EFT on reducing anxiety and improving communication skills in social work students. Participants reported that EFT helped them feel more relaxed and calmer. (9)

A larger group of people were tested in a 2019 study. Over 200 people took part in a study that tested their psychological symptoms and physical reactions while attending EFT workshops. The participants were mostly women over 50 years of age. (10)

There were reports of reductions in depression, PTSD symptoms, and anxiety. Also noted was a reduction in cravings and pain levels, together with raised levels of happiness. Regarding physical reactions, there were improvements in blood pressure, heart rate, and levels of cortisol, the stress hormone.

The studies already mentioned focused on anxiety and depression combined. There have also been studies that focused on just depression.

Thirty students with symptoms of moderate-to-severe depression were studied in 2012. They took part in group sessions of EFT treatment, and those who attended four sessions reported feeling less depressed than those who received no treatment at all. (11)

Twenty studies were also reviewed in 2016. The studies looked into the effectiveness of EFT in reducing depression symptoms. They found that EFT was immensely effective. The report also suggested it was just as good or better than standard depression treatments. (12)

Post-traumatic stress disorder is common among military personnel. Studies have shown tapping for anxiety can be effective in treating symptoms.

Thirty veterans took part in a study in 2013. They received EFT treatment combined with standard care. It was found that these patients had fewer PTSD symptoms and psychological distress than veterans who received no treatment as they were still on the waiting list. (13)

A survey of EFT practitioners took place in 2017, and the results were published online in the Permanente Journal. The practitioners claim that in 10 sessions or less, EFT can resolve even more complex PTSD in more than 60 percent of cases. (14)

EFT tapping is an alternative therapy treatment that can be used to treat a number of conditions, including PTSD, depression, anxiety, and physical pain. There are plenty of people who are willing to attest to its effectiveness, but more research is needed before it’s considered a more mainstream form of treatment.

It’s worth giving tapping for anxiety a try to see if it works for you—it could be a lifesaver.

Watch These Tapping Videos For Beginners

If you want to see exactly how it’s done and you’ve never done tapping before, check out Jessica Ortner’s introductory video. She talks briefly about EFT and then gives very clear instructions on how to tap.

Our favorite mentor on video, however, is Brad Yates. He will show you how to specifically tap to get rid of anxiety. Brad’s manner of speaking and the thoughts he shares are almost as therapeutic as the tapping itself. If you can get past the less than stellar audio, you will see how helpful his videos are. The comments section is also very encouraging.