Since I decided to start turning my home into a world-class relaxation center I’ve become slightly obsessed -- seeing massage chairs in every sitcom and hot tubs in every drama.

For example, in the Casino Royale shower scene where James Bond is showing his softer side by comforting Vesper, I’m yelling at the cameraman to pan up so I can see which shower head they’ve got. (The scene stops *just* before we see it -- maddening!)

Consider this post a kind of scrapbook, where I’ll note times I see home spa equipment referenced in popular culture.

This show was fertile ground for home spa equipment! In particular, the episodes called ‘The Hot Tub’, ‘The Shower Head’, and ‘The Reverse Peephole’.

In The Hot Tub (Season 7 episode 5), Kramer gets a hot tub set up in his apartment. He’s so relaxed he falls asleep in it, leading to an hilarious chain of events. 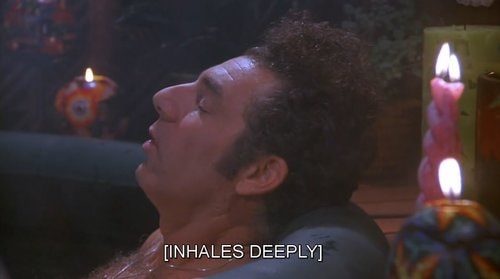 In The Shower Head it’s more Kramer shenanigans, as he revolts against the new low-flow shower heads his landlord installs. He takes matters into his own hands, buying a high-powered Commando 450 model on the black market (“it’s only used in the circus… for elephants”). 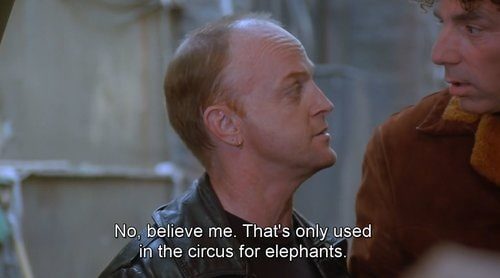 You can see the results in this video:

Next up it’s George Costanza in ‘The Reverse Peephole‘. The four stars of the show decide to buy a massage chair for their friend, but to save money George finds it’s easier to get it delivered to his home than have it delivered to the recipient’s home. The problem is, George is experiencing back pain from his massively overstuffed wallet, so once the chair’s in his apartment he doesn’t want to let it go…

Read our round-up of the best high-pressure shower heads and our epic guide to buying a massage chair.

Detective Jake Peralta has a problem -- he’s getting kicked out of his apartment because it’s going co-op and he doesn’t have enough money for a deposit. Why not? Because he’s addicted to buying massage chairs. He has 6. 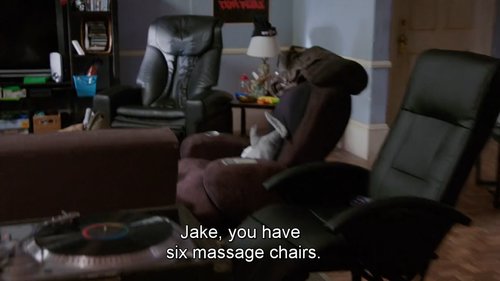 Being something of a geek I went through the episode frame by frame until I found an angle that had all six of them. 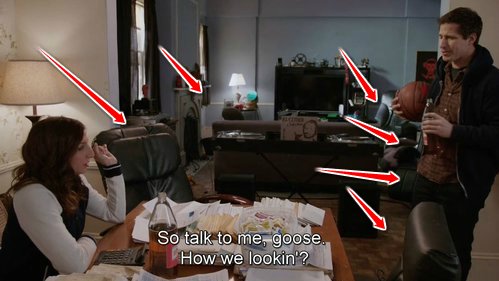 I think a couple are the Full-Body Shiatsu EC-69 while some look like HumanTouch models.

If you’ve never played this game, here’s the Craig’s Notes version -- you lie in a chair which analyses your DNA and lets you access the memories of your ancestors. This lets you gallavant around ancient Jerusalem or Florence completing missions and it’s all very cool. They’re making a movie of it with Michael Fassbender.

The other day I came across a review of the movie which called the in-game chair a ‘glorified massage chair’. Now clearly the writer of that piece hasn’t seen some of the top-end massage chairs that are on the market, because they are positively space age. The one in Assassin’s Creed is fairly pedestrian by comparison. Judge for yourself -- look at this pic then head over to our epic massage chair guide. 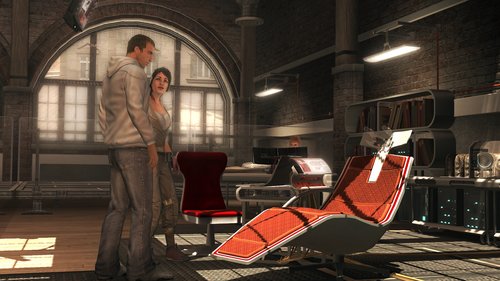 In the final episode of season 3, Homer wins The First Annual Montgomery Burns Award For Outstanding Achievement in the Field of Excellence and $2,000. He wants to use it to buy his dream massage chair, the amazingly-named Spinemelter 2000, but later gives it to his brother (who uses the cash to create a baby translator).

Here’s the scene where Homer tests out the massage chair and has a Stanley Kubrick-like experience (though as one user on Youtube points out, the scene is from 2001: A Space Odyssey, so the chair should be called the Spinemelter 2001.)

This should probably go down as an example of how NOT to build a home spa. In the movie, Jacob, a ripped pick-up artist played by Ryan Gosling, takes Hannah (Emma Stone) home for some ‘Netflix and Chill’. Instead, they end up talking all night. Hannah mocks Jacob for his spendthrift ways -- he has a 5,000 dollar massage chair down in his garage that he never uses.

Look at the state of it: 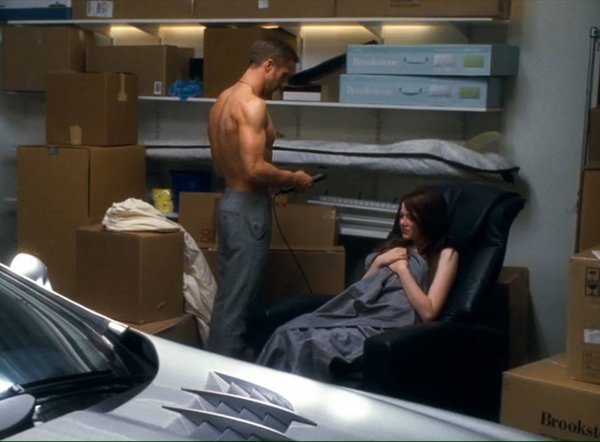 I’ll update this article as and when I see more home spa ideas on TV!

As an Amazon Associate I earn from qualifying purchases.